MOTO2 - MAGURA IS THE NEW SPONSOR OF THE KIEFER RACING TEAM

The German Manufacturer of Brake and clutch systems joins the Moto2 as new sponsor of the Kiefer Racing Team for the 2019 Season. 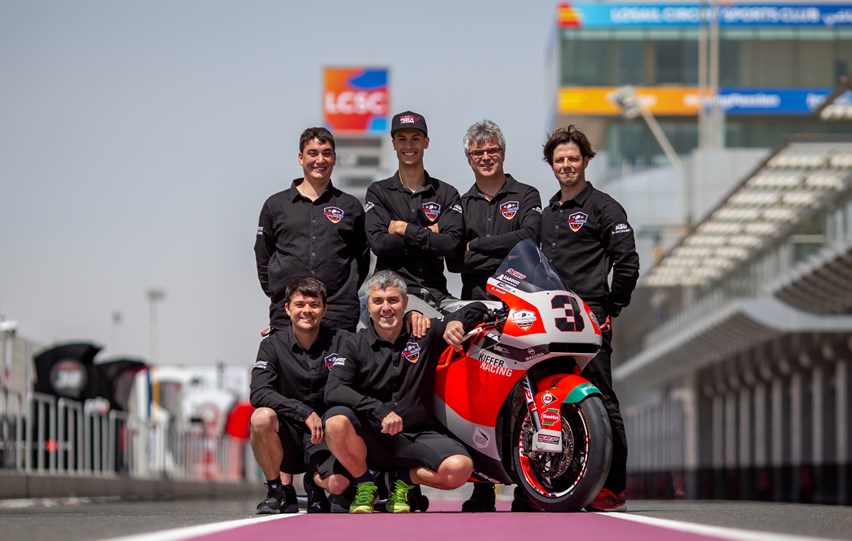 MAGURA will join the Kiefer Racing Team as an official sponsor for brake fitments. The cooperation with Kiefer Racing is the first sponsoring commitment for MAGURA in the FIM Motorcycle World Championship. It is also the largest single sponsorship in racing since MAGURA entered the motorcycle business in 1923.

“After the first conversations with Jochen Kiefer, it was quite clear to us that everything about this was just right – and we wanted to do it,” says Oliver Gebhardt, Marketing Powersports at MAGURA.“We‘ve worked long and hard for this opportunity, so we’re all the happier now that we can compete in Moto2 with a successful German team”.

MAGURA’s flagship in the field of brake fitments is the HC3 with its patented Hard Core Technology. At the start of the new partnership, both Lukas Tulovic and team manager Jochen Kiefer were totally convinced by the efficiency of the fitment on the race track in Jerez.

“After the first test of the HC3 brake pump in Jerez, the team quickly agreed to start racing with this product,” says Jochen Kiefer, team manager of the Kiefer Racing Team.

“The constant bite point gives Lukas a very good feeling on the brake – and this is also shown by the evaluation of our data recordings. We’re looking forward to a solid, business and personal cooperation with the MAGURA team!”