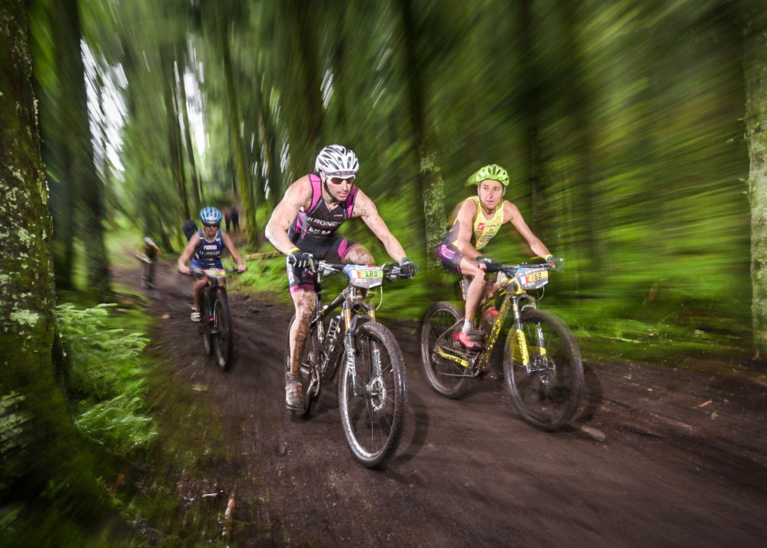 Ruben Ruzafa from Spain and Laura Philipp from Germany captured the titles at XTERRA France Championship, at the Lac de Longemer in Xonrupt this afternoon.

The story was all Laura Philipp.  Second fastest swim, fastest bike and fastest run.  This created an 8 minute win in her first XTERRA and she picked one of the hardest anywhere to make her debut.

Brigitta Poor had an excellent race, got into second early on the bike and kept it the entire race. Helena Erbenova just kept coming strong and finished up into 3rd after coming out of the water with a 3 minute deficit to Brigitta.

Nicole Walters had the fastest swim and was holding onto 3rd for most of the race but Erbenova ran her down as well as Team CHIRU-MAGURA Myriam “the rocket” Guillot-Boisset to take 4thleaving Walters, in her first year in XTERRA an excellent 5th.