MAGURA's eLECT system enables wireless control of the suspension fork, shock absorbers and seat post. The eLECT components are connected to a radio remote control on the handlebars – and they react at the touch of a button.

If you don't want to control the chassis manually, you can also switch to automatic mode, in which sensors detect the inclination and condition of the ground and automatically adjust the compression level of the chassis to match.

● Suspension fork: TS8
Electronic and wireless control of the suspension platform, either manually or in automatic mode with automatic suspension adjustment.

● Shock: TS R eLECT
Electronic and wireless control of the suspension platform, either manually or in automatic mode with automatic suspension adjustment.

● Dropper Post: Vyron eLECT
Electronic and wireless control of the extension and retraction functions of the seat post and the remote control unit also controls the chassis.

● Bicycle computer: eLECT Coach
A multi-functional bicycle computer that provides the rider with a broad range of riding data and interacts with other eLECT components.

● WIRELESS CONNECTIVITY, MAXIMUM PERFORMANCE
In 2013 MAGURA launched the eLECT system with the TS8 eLECT suspension fork and the TS R eLECT shock absorber. The aim was to use wireless operation to replace the cables and wires that still connect many components today. The suspension fork and shock absorbers – now remote-controlled – also had an automatic mode that used sensors to detect the condition and inclination of the ground and adjust the shock absorbers’ suspension to match. MAGURA was one of the pioneers in the field of electronically-controlled chassis components. 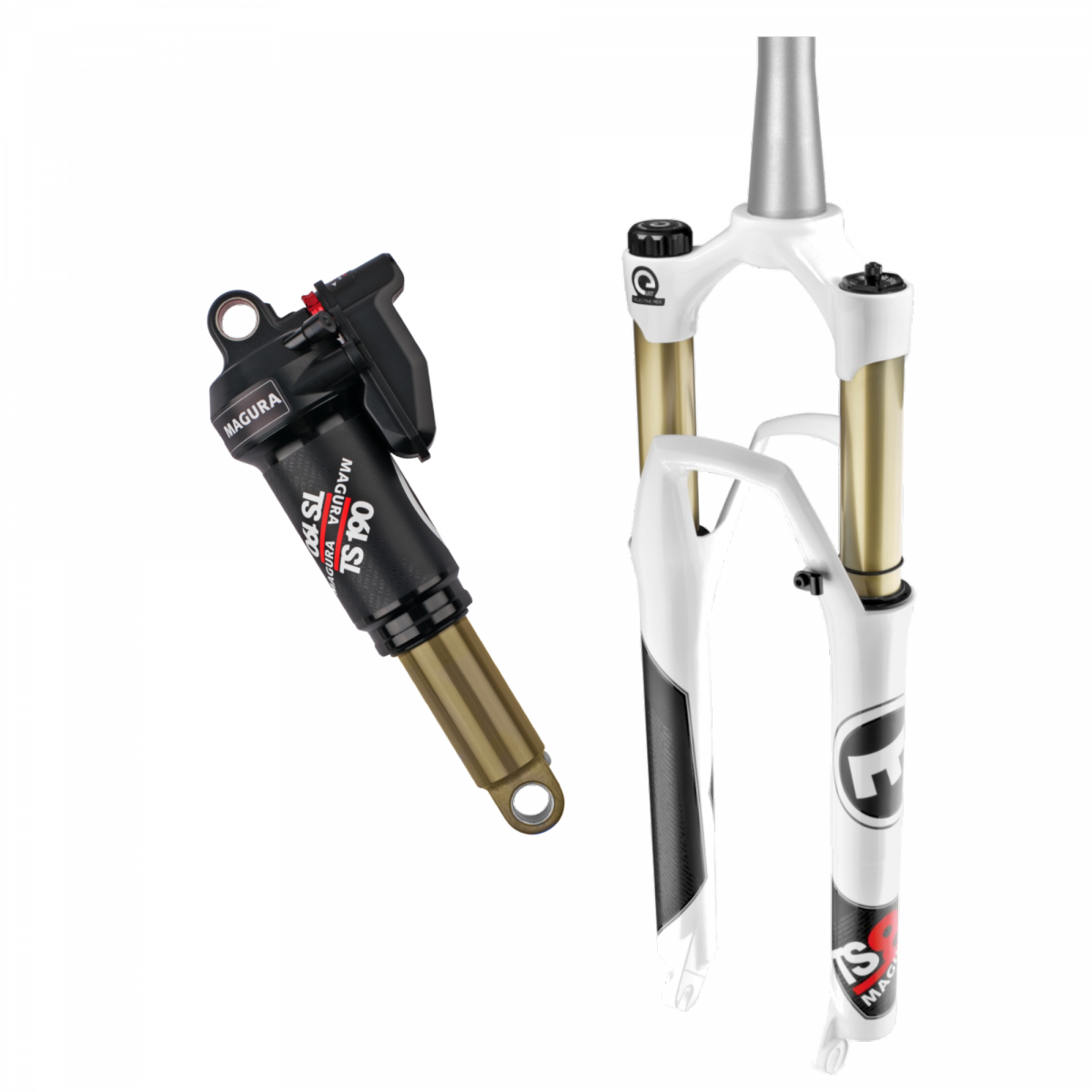 No cables, no bleeding – MAGURA'S Vyron eLECT was the first wirelessly-controlled hydraulic seat post on the market. The installation is child's play – and the supplied remote unit controls both the seat post and the suspension level of the shock absorbers. 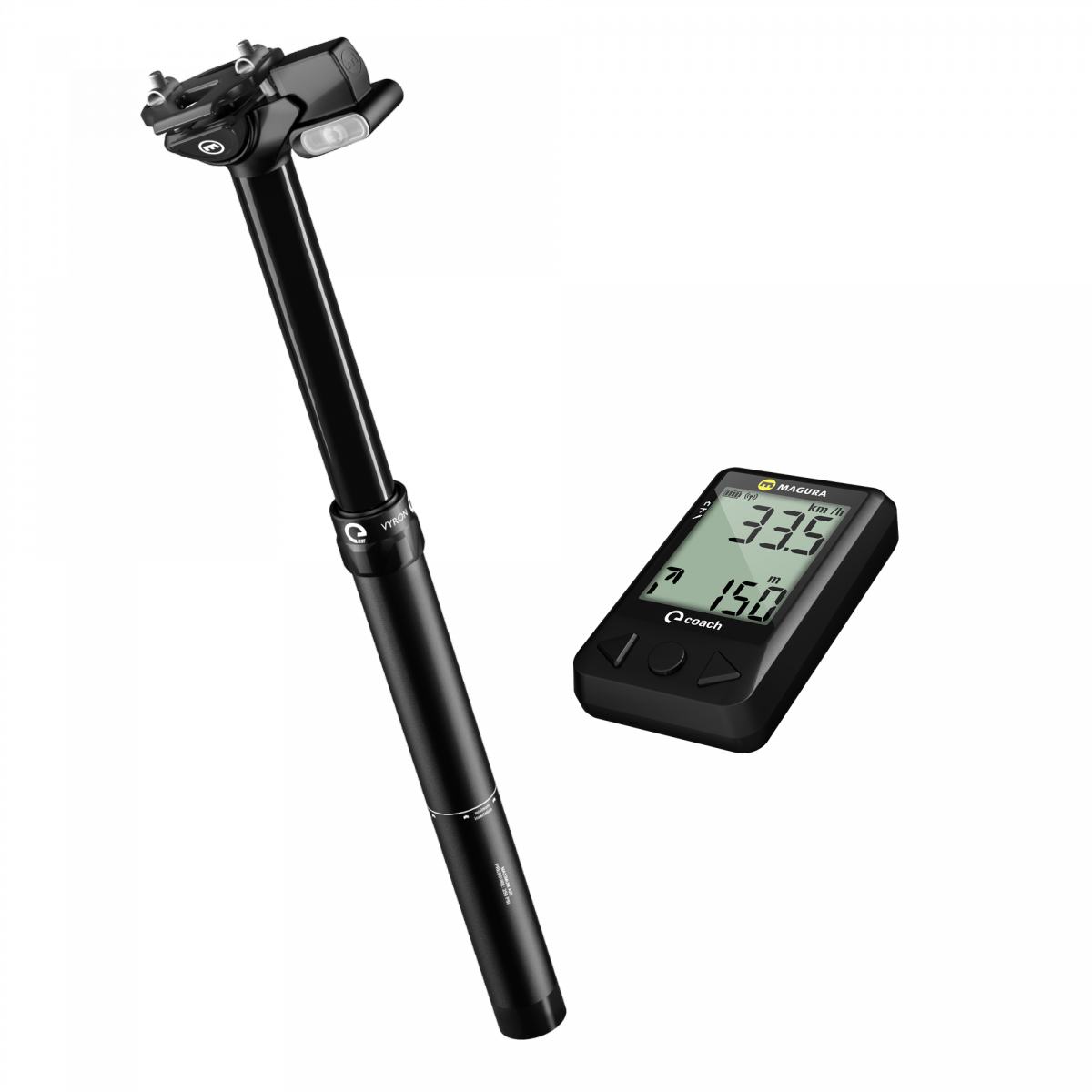 ● ELECT COACH
With the eLECT Coach, MAGURA has now given the bicycle world a multi-functional computer that's seamlessly integrated into the eLECT system and interacts with the other components. The Coach provides the rider with every kind of riding information, such as speed, heart rate, cadence, distance, riding time, altitude and more – and when used in combination with a smartphone and Naviki app, it even becomes a navigation device.